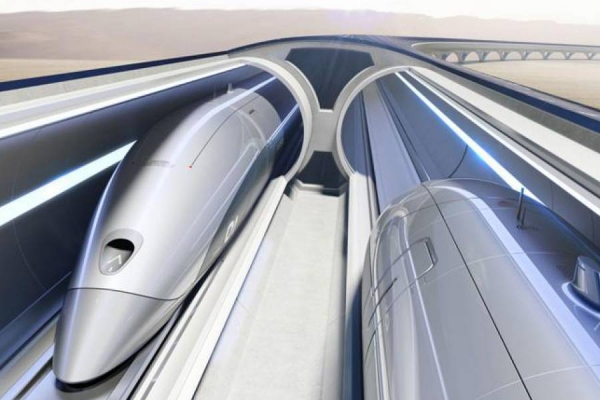 CHINESE TRAIN MILAN ROME 1 HOUR – A new magnetic levitation train (maglev) prototype that could reach a speed of 600 km / h was unveiled in China. The means of transport, explains skytg24, was presented in Qingdao, a city in the eastern part of the country, developed by the state-owned China Railway Rolling Stock Corporation (CRRC).

CHINESE TRAIN MILAN ROME 1 HOUR – According to reports from CNN, the train will now be subjected to a long test period, before production can officially begin in 2021. Beijing would thus be able to improve the results achieved by the Chinese magnetic levitation train more rapid, which touches a maximum speed of 431 km / h.

CHINESE TRAIN MILAN ROME 1 HOUR– A technology already used in some eastern countries, including China, where the current fastest magnetic train is able to travel at a speed of 431 kilometers per hour between Shanghai and the city’s airport : currently the fastest train in the world. The speeds promised by the CRRC train, on the other hand, still remain the prerogative of the prototypes: in addition to the Chinese, Japan is also planning a magnetic levitation train capable of reaching a speed of 505 kilometers per hour that will connect the cities of Tokyo and Nagoya to starting in 2027. In 2015, Japan always broke a speed record by testing a train capable of running at 603 kilometers per hour.

For CNN, the parties involved in the project believe that the new train could cancel the gap that currently separates these means of transport from the planes.

According to Ding Sansan, CRRC engineer at the head of the team that worked on the prototype, the magnetic levitation convoy would allow to move between Beijing and Shanghai in just 3 ½ hours, against “the 4 and a half hours required by the plane, including the preparation of the journey, and about 5 and a half hours of the high-speed railway line ”.

The high speeds achievable using maglev are possible thanks to the magnetic repulsion force, used both to keep the train raised, avoiding the friction given by the contact between the wheels and the tracks, and to push it forward. China currently boasts the fastest magnetic levitation trading system in the world, thanks to the 431 km / h reached in the 30 km stretch between Shanghai-Pudong airport and the city center.

However, if successfully completed, the new Chinese train capable of registering 600 km / h would not represent a record, given that in 2015 in Japan a magnetic levitation train tested on an experimental route at Yamanashi had reached a maximum speed of 603 km / h

Ice cream diet to lose weight up to 3kg

You Should ONLY Eat Animal Products