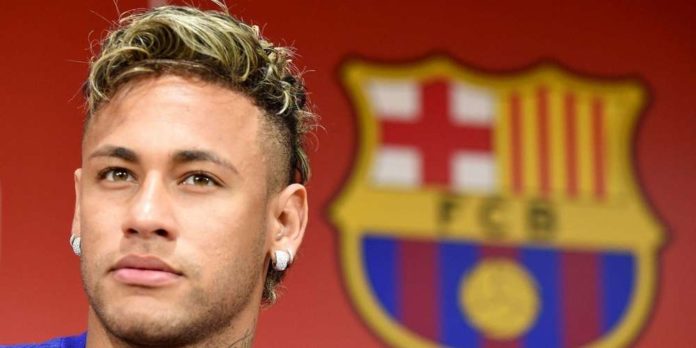 During a press conference, Jordi Cardoner confirmed rumors relayed by the press that Neymar wanted to return to Catalonia.

“Neymar wants to return to Barça,” confirmed Thursday Jordi Cardoner, vice president of FC Barcelona, ​​while ensuring that the direction blaugrana had not for the moment not studied this file nor made contact with the Brazilian striker of Paris SG, whose future gives rise to speculation.

“What’s right now, what I’ve read, what I’ve heard, what seems right is that Neymar wants to come back to Barça,” said Jordi Cardoner at a press conference at Camp Nou.

“Verbal Agreement” Neymar-Barça?
“But Barça is taking care of Neymar’s recruitment, it’s part of the question I can not agree with, for the moment the only thing that’s going on is It’s not just Neymar that there are many players who want to play in a big team like FC Barcelona, ​​we’ll see what happens in due time, “he added.

Two years after his resounding departure from Barça to PSG in exchange for € 222 million, the world record, Neymar again animates the summer transfer market: several media reported that the Paris club would not close the door to a departure in case of XXL bid for the Brazilian, currently injured (he had to give up the Copa America) and targeted by rape charges.

the Catalan club first focused on the starts
Jordi Cardoner, first vice-president of the club and loyal President Josep Maria Bartomeu, nevertheless assured Thursday that the Neymar file was not mentioned by the steering committee . “It is likely that Neymar wants to return to Barca but we in the steering committee, we did not study this subject, it was not put on the table,” he said.

The manager assured that Barça was primarily focused on the departures aspect at the start of the transfer window, in order to balance its accounts and clear cash.

The press, however, reported contacts made through intermediaries between PSG and Barça, who may have to separate from several big names, like Philippe Coutinho or Ousmane Dembélé , to finance a possible return of the Brazilian.

How to Prevent Diabetes with These Organic Foods