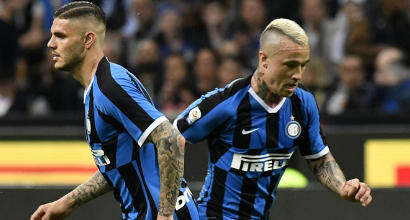 ” Icardi and Nainggolan know they are not part of Inter’s technical plans”. Words from the Nerazzurri ad Beppe Marotta on Sky Sport on the eve of the rally. “We spoke with great sincerity and maximum transparency to those directly involved, explaining the position of the company, which does not mean diminishing their abilities. Both are excellent players, excellent talents. “championships.

“When I say win the championships – continued Marotta in an exclusive interview with Sky Sport – I intend to achieve the goals that everyone has foreseen. And therefore consequently they are not part of our project”. On the hypothesis of an afterthought for Icardiand on the possibility that in any case the Argentine striker is under the command of Conte in the pre-season withdrawal, the Inter ad stated that “it is one thing to say that Icardi is on the market, as we have done; it is one thing to respect those who are contractual aspects of an agreement that in any case provides that the player must take part in the training and must be trained, and we absolutely do not want to fail in our duties, then there is the coach’s right to choose the training and send out who he believes. “

If You Eat Salad Every Day, This Can Happen to Your Body