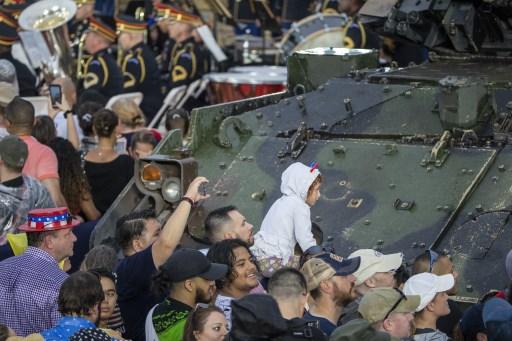 Tanks in the heart of Washington, warplanes in the sky and a speech at the Lincoln Memorial: it’s July 4th by Donald Trump. The president of the United States for independence day promised an “unforgettable show”, attracting predictable controversy.

And, above all, the accusation of wanting to break with the custom of treating the anniversary of Independence from the English in an impartial way, exploiting it instead for electoral purposes in view of the 2020 presidential elections, where it wants to be re-elected. “It will be the show of a lifetime!”, He wrote on Twitter, “the greatest celebrations in the history of our country”. “This holiday is for US independence, not for Trump’s ego,” criticized Democratic deputy Don Beyer. “