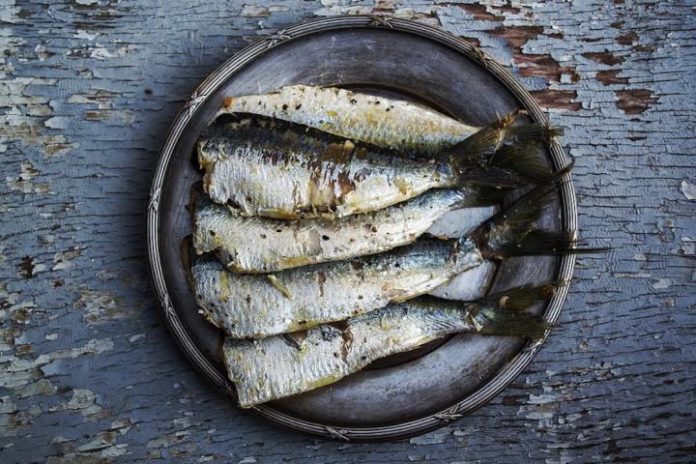 At this point in life, it is well known that blue fish is full of healthy properties, and that it is delicious. But why are there so many people who have never eaten sardines that have not left a can? The blue fish is rich, cheap, and is at its best in summer, so if you are not enjoying it, you are a little fish (drum roll). It is possible that monkfish and hake are the most tricky, that a butter-drenched sole evokes restaurants, but oh my friends, what a good grilled sardines!

The truth is that the Spaniards or residents in eat less and less fish. Where in 2007 we ate about 86 tons of fish a year, nowadays we sail a little more than 23. As stated by the disseminator of the rural environment Àgueda Vitòria “we are increasingly going to fish that does not work, which has Little thorn and is made at one time like a hamburger, which is a shame. ” Vitoria, who combines his studies in anthropology with various education and dissemination activities in the field and at sea, considers that the fishing gear of blue fish are, paradoxically, “the most beautiful and interesting, because they are done at night, with lights that attract banks, and represent a wealth that should not be lost. ”

His favorite – or, at least, the favorite in his area, which is the Valencian coast – is the alacha, a cousin of the sardine somewhat smaller and with thorns “that people don’t know how to appreciate”. Blue fish, according to a survey of the Spanish Heart Foundation of 2015, is not consumed enough, if we heed the recommendations of the WHO, which value the recommended minimum in two weekly portions. According to the same study, it is precisely among the young people that we go from the forties where it fails most in this consumption, when it is the moment of our lives in which more cane would have to be thrown to protect our hearts through its contribution of Omega 3.

But what is a blue fish? Was the Idem Summer Backgammon blue? Although Vitòria says “with this denomination we speak of several different species” generally it is considered blue fish that has more than 5% body fat. They are usually fish that migrate seasonally, so they need that fat to feed on their trip to the latitudes where they will mate. They are recognized because their tail – in fact, it would be better to talk about caudal fin – is split, which allows them to swim better long distances, either in the sea or in the rivers, as in the case of salmon, where it even allows them Trace currents.

The best known type of fish is perhaps that of tuna, which is also known as the pig of the seas for the use of its meat (and for some other famous trapping, such as avocado cannelloni with bull tuna that popularized already makes many years Ferran Adrià). But tuna, like other large blue fish such as swordfish, has been the subject of controversy over the amount of mercury that they could involuntarily contribute to the diet (although they are within tolerable levels, according to a study by AECOSAN ).

Something similar has happened with farmed salmon, which has gained some bad reputation because of some unscrupulous practices – such as the use of dyes in the feed to achieve a more lively color or feeding with fishmeal-, the truth is that blue fish remains one of the most controlled and healthy foods we have available. It is still a protein of animal origin, so it still contains saturated fats, which means that you have to eat it in moderation (although we still do not reach that moderation). Be that as it may, Vitòria’s point on the consumption options of Spaniards seems corroborated by what the statistics say: according to figures provided by Mercabarna, the most distributed species in this wholesale market is salmon,

In the Barcelona wholesale market, they attribute this success to the rise of Japanese food, and more particularly sushi and sashimi. But they are not, of course, the only ones, nor the markets for fresh produce, the only way they have to reach the consumer, because it is precisely blue fish that make up the majority of canned or smoked fish specialties . Obviously, with them we must observe the precautions that we can take with any other specialty, but their nutritional properties will remain intact in principle (although the amount of salt can be high, and even more so in the case of semi-preserves such as anchovy, but in the end this will make your fat concentration somewhat higher).

And beyond the nutritional aspect? Well, the variations are enormous, both in possibilities (from raw sushi to roasted sardines, which will prevent you from perfuming the kitchen if you do it in the oven) and in terms of price. “It would be advisable for all of us to approach and meet a fishmonger. This is how you learn to know and cook fish. ” If you want more ideas you can consult our search engine, although we have selected some recipes to start, and so that you lose the fear of blue fish: at the end of the day, the shark (from the Mediterranean), the same as the backgammon, do not is.

People in Bangladesh Are Buying These New Copycat Wireless Earphones, with the Best Sound...

How to fight type 2 diabetes with the correct lifestyle

How to choose an olive oil?

Inter, Marotta: “Icardi and Nainggolan out of the project”