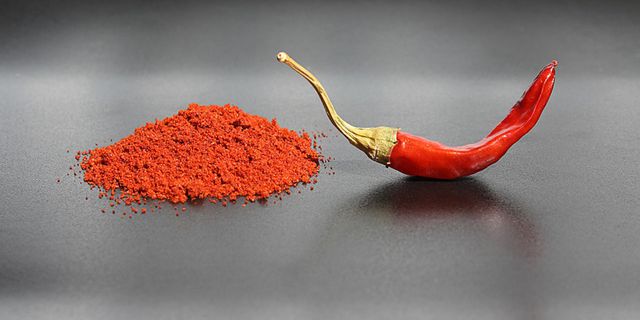 Hot chili peppers and Guinness of World Records always go hand in hand, so that each year new varieties are evaluated that aim to be part of the ranking that reviews the hottest qualities of all. Perhaps not everyone knows that there is a real unit of measurement used to assess the level of “hotness” of the chili: this is the Scoville scale , in English Scoville Heat Units (SHU), which owes its name to the inventor chemist Wilbur Lincoln Scoville. In practice, the amount of equivalent capsaicin contained in the plant is quantified and it was Scoville who developed a basic test, diluting the chilli pepper in water and sugar until the spicy taste became imperceptible.

On the Scoville scale is based the ranking of the hottest peppers in the world, a constantly updated ranking that reviews the most fiery variants cultivated globally. Here is the top ten:

With its 3,180,000 Scoville units, the Pepper X is unofficially at the top of the list of the hottest chillies in the world. It is yellow-green in color with a wrinkled skin, so spicy that it cannot be used for food purposes.

Dragon’s breath
The Dragon’s Breath is the hottest chilli existing after Pepper X. It boasts 2,480,000 Scoville units and is considered so powerful that it can be used as a natural anesthetic in the medical field, however, can cause anaphylactic shock.

Carolina Reaper
The Carolina Reaper has long been the most spicy chili in the world, due to its 2,200,000 Scoville Units. It comes from South Carolina and boasts a deep red color, a slightly fruity but very strong taste. It is also known originally as HP22B.

Until 2011, the most spicy chili pepper globally belonged to the Naga Biper , with its 1,382,118 Scoville units. Native of England, it is the result of a cross between the Naga Morich, Naga Jolokia and Trinidad Scorpion varieties.

Dorset Naga
The Dorset Naga spiciness level is around 900,000 Scoville units. It was developed in England and can be used in condiments and in the preparation of sauces, but very sparingly.

Bhut Jolokia
The Bhut Jolokia variety is also called Ghost Chili or Ghost Pepper. It is perfect for flavoring oil and has been the holder of world guinness from 2007 to 2011, thanks to its 850,000 Scoville units. It is of Indian origin and has considerable dimensions, reaching even 9 centimeters in length.

Seven Pod
The Seven Pod red pepper remembers the Habanero but the pendulous fruits boast a more marked roughness. It is characterized by approximately 870,000 Scoville units.

the titles that caught your attention Posted