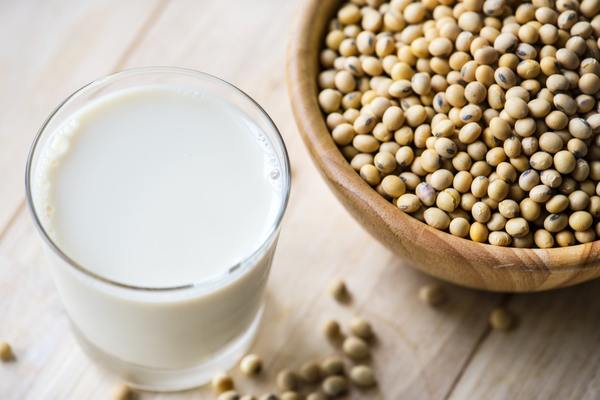 Drinking milk every day can be a very healthy habit, as long as you aren’t lactose intolerant. Humans are the only species that continues to drink milk after infancy, and it is slightly odd that we recoil at the idea of consuming human breast milk past childhood but are quite okay with drinking cow’s milk meant for calves.

Sidestepping the issue of highly sexualized human breasts, perhaps the reason we drink so much cow’s milk is because we are smart enough to determine its nutritional content.

If you can eat dairy without discomfort, it’s one of the best ways to take advantage of a diverse nutritional profile. And organic milk has been shown to be healthier than conventional milk in several key ways. If you choose to make milk an everyday habit, buying organic is a smart way to get the most out of it.

We heard from a ubiquitous television commercial in the 1980s that “Milk – it does a body good”. You’ll be glad to know that the message is more than just hype. It’s true. We are going to take a look at what makes organic milk better, as well as the ways that a daily milk habit can indeed do your body good.

You’ll Get More Heart-Healthy Fatty Acids
When dairy cows are fed more grass than cornmeal, it improves the fatty acid profile of the resulting milk. Washington State University researchers made this determination after testing nearly 400 samples of conventional and organic milk over a period of 18 months. That means that organic milk has more omega-3 fatty acids, while conventional milk has more omega-6s.

Both types of fatty acid are necessary for good health, but we need way more 3s than 6s. A diet with too many omega-6s and not enough omega-3s has been linked to heart disease, cancer, inflammation, and autoimmune diseases.

If you are not able to afford organic milk on a regular basis, you don’t have to skip out on milk. Just buy the whole version because the healthy fatty acids are found in milk’s fat content.

It May Help With Weight Loss

Milk is an easy way to get some extra high quality protein into your diet and studies show that upping your intake can help you shed a few pounds. Drinking milk with a meal promotes satiety, because protein slows digestion and will keep you feeling full longer.

Beyond the protein, milk provides vitamin D and calcium, which have also been linked to fat burning. While we’re not entirely sure why it works, a study in 2010 demonstrated that people who drank the most milk while on a diet lost more weight than those who didn’t indulge in the white stuff.

One eight-ounce glass of whole, organic milk contains about 136 calories. Not so bad for a beverage that also offers calcium, protein, iodine, potassium, phosphorus, vitamin A, vitamin D, and vitamins B2 and B12.

You can save a few calories by choosing skim milk – it clocks in at 90 calories instead of 136. But you lose the vitamin A along with the fat (which is primarily the healthy kind anyway), so the trade-off might not be worth it in the long run.

You Will Maintain Hard-Won Muscle Mass

Strength training is about more than just lifting weights. Diet also plays a huge part in building and maintaining muscles. When you’re trying to build muscle mass, you get better results when you take in the right ratio of protein to carbohydrates after a workout.

Milk features this optimal ratio as well as branched chain amino acids, necessary for proper muscle growth and maintenance. The fact that milk features animal-based protein means that it is more easily absorbed by the body than protein from other sources.

You Can Eat Less Spinach

Milk is thought to do a body good primarily based on its calcium content. Many of us don’t get enough of it, which is a problem because calcium not only builds healthy bones, it allows our blood to clot, muscles to contract, and heart to beat.

Other dietary sources include green leafy vegetables like spinach, but you’d have to eat 10 cups of spinach to get the amount of calcium in one eight-ounce glass of milk.

We’re not suggesting you skip out on spinach all together, but no one outside of an old-timey cartoon character really likes it enough to each 10 cups a day.

It’s common to shy away from whole milk because of its fat content, but many of milk’s nutrients reside in the fat. Drinking skim doesn’t offer the value of vitamins A, K2, and omega-4 fatty acids.

Even though it is counterintuitive, nutrition experts think that the fat/vitamin combo in milk is the reason why it can offer protection against illnesses like diabetes, cancer, and heart disease.

In this aspect you should definitely favor organic milk over conventional, as cows fed with pesticide-laden grains will pass that poisonous residue on through their milk. Not just pesticides, but also antibiotics and growth hormones fed to cows can show up at your table. None of these are safe for humans to consume, especially every day.

You Will Go To The Store Less Often

Organic milk is processed differently than conventional milk before it hits the store. Organics are sterilized at higher temperatures of about 280F, while conventional milk is pasteurized around 165F. The result is that organic milk lasts a lot longer – approximately two months – and is actually shelf stable.

Americans aren’t super comfortable with unrefrigerated milk, but in the case of organic, it doesn’t technically have to be chilled. 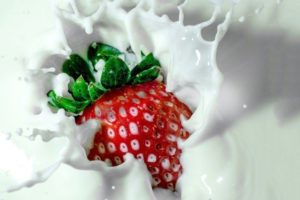 o longer will you dump out milk that the kids forgot to put away after breakfast, or run to the store because your milk expired before you could drink it all. In this way, paying a bit more for organic milk might save you money in the long run.

Because milk is designed to exclusively nourish humans and animals alike for the first few months of their lives, it is a nutritionally complete food source.

Only humans are smart enough to harness that nutrition throughout their lives. If you like and can tolerate milk, there is absolutely no reason not to drink it whole, every day. Stick to the organic version to really the best out of every drop.

Jabariya Jodi’ Trailer: Sidharth & Parineeti Wanted To Serve Biryani But We Got A...