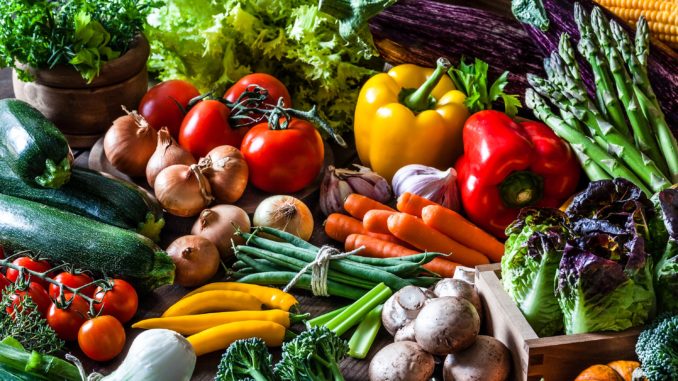 Many people first associate with organic food something very healthy and clean, but at the same time very crunchy. We tried to find out a little about the good and the bugs of organic food, and when or just mildly grown foods could or should be preferred.

Organic or organic food is naturally grown pure food that does not contain artificial additives such as colorants, flavorings. Genetically modified organisms (GMOs) have not been used to grow organic food, and manure and compost are used to fertilize it. Used plant protection products are also only of natural origin. Food processing seeks to preserve the necessary vitamins, minerals and antioxidants as well as nutritional value.

Unfortunately, little research has been done on the direct impact of organic food on human health, but according to a study published by the European Parliament , organic meat and milk contain more omega-3 fatty acids, vitamins and minerals compared to normal production. The study ordered by the Estonian Food Association has not reached the same results, focusing on the difference in the content of residues.

In organic foods, at least 95 percent of the ingredients must come from organic farming. Synthetic or artificial substances added to food to improve their shelf life or taste can cause allergies to the more sensitive people or affect the course of the chronic disease. In addition, carcinogenic compounds in the human body may develop under suitable conditions and obesity is also favored.

However, it is difficult to assess the direct healing effects of organic food on the human body, as long-term studies are scarce and people who prefer eco-production tend to make healthier choices in other areas as well.

The biggest differences
Root and fruit need fertilizer for growth, as well as protection against pests. From there, the main differences in organic and conventional crops come.

Artificial fertilizer makes plants grow faster and gives more yield. At the same time, this rapid growth can make the plant weaker and more susceptible to disease. Here comes the plant protection products, the residues of which often contain the final products. Large-scale industries need a lot of different additives for further processing of fruit, helping the commodity to travel around the world fresh and spoiled.

Pesticides, or pesticides, are needed to combat nearly 50,000 known plant diseases, 9,000 insects and 8,000 weed species. Fruit and vegetables have significantly more damage compared to cereals, and Ulvi Moor, an associate professor at the University of Life Sciences, has pointed out in the Nutrition Therapy article that, without using pesticides, some 78 percent of world fruit, 54 percent vegetable and 32 percent cereal yields may be lost.

Food-borne residues of plant protection products in general do not pose a risk to humans if their levels remain within the permitted limits. In order to avoid potential risks in the European Union, maximum residue limits have been established for plant protection products within and on fruit, vegetables and cereals. Pesticide residues can be dangerous to humans with high sensitivity, and children also get more poison per kilogram of body weight. It is also possible that the impact of one chemical on another may become stronger.

In addition to children, the risk group also includes pregnant women and elderly people who have reduced their resilience, suffer from debilitating chronic illness, or whose body has weaker detoxification systems.

In organic farming, plants are mainly grown with manure, green manure and compost. Plant protection products are also of natural origin and the amount of food additives used to preserve food is much more limited. This, unfortunately, means that the fruits that come to the store are often no longer healthy, beautiful, colorful and appetizing.

“Often home-made (preservation) tools can achieve a similar result, perhaps not so colorful, but definitely healthier,” said Ketlin Jaani, Chairman of the Board of the Estonian Nutrition Advisors Association. “From time immemorial, the Estonians have had different shelves in the dining room, so why not keep this tradition and make a little effort, for example, to put the vegetables in the jar for the winter,” he advised.

What to Prefer or Avoid

Excessively treated or synthetic substances do not do good to anyone, but they are particularly sensitive to artificial additives for children. Therefore, children and young people could try to keep their table as clean as possible. Also, adults should look at their menu with a critical look, as the daily food intake does not need a long shelf life.

Estonians are well-known for their indigenous production. According to a study commissioned by the Ministry of Rural Affairs, as many as 90 percent of Estonians prefer domestic food, if possible. It could be assumed that domestic food is associated with a cleaner alternative, but it all depends on the country of origin of the food and the control and restriction measures there.

The cleanliness of the animals’ meat, eggs, milk, etc. is determined by the food they eat. Organic food also has less pesticide residues in the case of higher omega-3 fatty acids and plants.

Nutritionists believe that organic food could be the first choice for babies and pregnant women, but you should be aware that there are also dangers there.

The other side of organic food
A clean and no food additive seems a good choice, but sometimes it’s worth thinking about its purity. For example, if you look at the expensive price of organic food, then this is due to the fact that it is not possible to produce large quantities effectively without certain additives.

Verena Seufert, one of the authors of the postgraduate study at British Columbia University and a major study on organic farming, explained in an interview with ERR Novaator that the yield per hectare is usually lower by 19-25 percent using organic production methods.

Specifically, varieties developed for organic farming could smooth the gap in the future, but so far, according to Seufert, it has to be recognized that the use of organic production methods for producing the same amount of food can harm the environment more than normal production at the expense of land use.

“Organic production is not cheap, this expensive price can be even more expensive than thinking about environmental aspects,” explained Ketlin Jaani. “But it’s not bad without good and vice versa, so we should think about where the health is in our priorities table. In fact, with consumer decisions, we are actually influencing the manufacturer’s choices, perhaps it is worth thinking about, ”he added.

Uncooked meat is pure, but it’s worth paying attention to its quality. There is probably no danger to an entire animal, but a person with a more severe disease has had to recover without strong drugs and his health could therefore be weaker than that of his companions.

In addition, completely pure food is more susceptible to various microbes and pathogens because the shelf life is significantly shorter. Molds, pathogenic bacteria, worms and breeds are the dangers that can be hidden in mildly grown fruits. There are also problems with the inadvertent storage of food.

Organic food is expensive
Although the popularity of organic food consumption is rising all over the world, its restrictions set a higher price level than normal food.

According to the Estonian Institute of Economic Research, more than half of consumers are willing to pay more for organic products, but this price difference should not exceed 20 percent. In Estonia, this percentage is much higher. At the end of last year, the most noticeable difference in prices was in vegetables and cereal products. For example, the price difference between organic and conventional carrots was fivefold.

People who prefer price-sensitive but pure food can be advised to grow as much as possible or harvest from the forest. Good ways are also germination and fermentation. It can be safely dried, frozen or stored to preserve food.

Various herbs can be successfully grown on the windowsill and combine useful, healthy and clean food with a smart interior element.

When buying fruit and vegetables, it is preferable to prefer seasonal products, which are also cheaper. Nowadays, there is a wide range of fruits in trade, one of the most pesticide-rich being apples with shiny cream, strawberries, citrus fruits and grapes. It is worth paying attention to the roots and vegetables of celery, spinach, tomatoes, peppers and cucumbers, which may contain many residues of plant protection products. All fruits must be carefully washed under warm running water.

How to recognize organic food?
To be sure about the purity of food when buying from a store, special logos are used to label organic produce. It is obligatory to mark the goods with the organic logo of the European Union:

In addition, Estonian national eco-labels may also be found on the packaging, although its use is not mandatory for the manufacturer:

If less than 95 percent of organic food is processed, organic farming may not be referred to in its sales description, but only in the list of ingredients. The European Union organic logo and the Estonian national eco-label must not be used.

Organic food, a niche product for an ever growing industry
Trends and trends in the world show an increasing interest in both organic farming and organic farming in general. While domestic agriculture is honored in Estonia, the organic industry in the world has been a niche business, but has now grown into a significant industry.

According to the Ministry of Rural Affairs, the volume of the global organic market has tripled from EUR 25.4 billion in 2004 to EUR 72.5 billion in 2014. In 2016, there were 183,700 hectares of organic land in Estonia, which accounts for 18 percent of total agricultural land. Estonia is at the forefront of this indicator in Europe.

According to a study commissioned by the Estonian Food Association, the carotenoids and other substances in carrots grown in a mild and conventional manner were compared and, as expected, nothing more was found in the organic fruit. However, the study unfortunately did not include pesticide residue levels.

However, the Center for Agricultural Research has studied the residues of plant protection products in plant products more closely. A total of 292 samples were taken for the study, of which 173 Estonian foods, most of which were found in one strawberry sample, contained four different residues. Three different fungicide residues were found in one cucumber sample and two strawberry samples.

Imports included most of the residues in the grape – residues were found in all 15 samples, most of which contained eight different residues in one sample and one in excess of the maximum level. Bananas were also predominantly residues. Several different pesticide residues were discovered in eggplant, bananas, peppers, peas and orange juice.

In any case, you should look at your food table with a critical look and use common sense. Seasonal products that have grown as close to home as possible are presumably cleaner. If conventional and organic products are grown according to good practices and regulations, they may not have more distinction than the ecological footprint or the more free-living animals. It is important to prefer more local or locally grown foods that have no reason to use plenty of chemical additives.

According to Verena Seufert, it should be remembered that in no case can an equal sign be automatically drawn between organic production and environmental protection. On a personal level, Seufert thought that organic production would probably never replace full-scale production, although its share is growing. “In any case, it would be useful for farmers to learn more about these methods. For example, little attention has been paid to infertility systems and sustainable cultivation, ”said the ecologist. In other words, it would be possible to make ordinary production more environmentally friendly with methods derived from organic production.

A nutritionist is not just for weight problems

Healthy diet during pregnancy and lactation