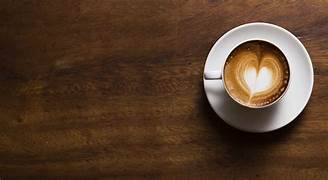 The world’s most popular stimulant caffeine helps to focus and fight fatigue as well as improves physical performance. Despite the positive properties, caffeine levels should be controlled.

Caffeine is a stimulant of the brain and nervous system that is found in leaves, beans and fruits of 60 different plants. Although coffee is the most popular caffeine ingredient, it is also found in tea, cocoa beans, guarana berries, dark chocolate and cola drinks. Caffeine can also be found in some cold medicines, allergies and painkillers.

The effect of caffeine on the body is individual. It depends, for example, on a person’s weight and length, age, general health and mood. Caffeine consumption habits (how often consumed) should be taken into account and caffeine consumed with food or drugs. The sex can also be mentioned as an interesting factor. For example, the effect of caffeine on the body of men is much faster than that of women, because men’s metabolism is faster.

The effect of caffeine in the body after drinking a cup of coffee is about 20 to 40 minutes and reaches its maximum level in an hour. Caffeine brings with it awake, accelerated heartbeat, increased need for urination, increased body temperature, and the gastrointestinal tract produces more gastric acid.

The effect of caffeine on coffee after drinking can be up to ten hours in the body, so it is important to avoid late coffee drinking. Otherwise, the coffee you drink after the afternoon’s fatigue can be felt even if you want to fall asleep at night. Excess caffeine is processed in the liver and removed from the body by urine.

Caffeine levels under control
Although there are many different opinions about how healthy caffeine is for our body, it can be said that small amounts of caffeine are not harmful to humans. This amount is usually considered to be less than 400 mg per day, which is an average of two medium strength coffee.

How much coffee contains caffeine, for example, depends on which coffee beans are used, how they are roasted and how the coffee is processed, as well as the relationship between coffee and water. The Robusta coffee bean has a higher caffeine content than the Arabica coffee bean.

Some energy drinks may contain a higher amount of sugar and caffeine than the total daily intake. When consumed in large quantities (over 400 milligrams of caffeine), energy drinks can cause palpitations, difficulty breathing, diarrhea, fever and convulsions. However, Coca-Cola is known for its sugar content, which in turn increases the risk of diabetes.

Positive effects of caffeine
Various studies have shown that, in addition to fighting fatigue, caffeine can help prevent stroke, heart attack, and Parkinson’s and Alzheimer’s disease. Migraine sufferers may also benefit from caffeine, as migraine sufferers may often have cerebral blood vessels loose and caffeine dilates blood vessels. Therefore, a cup of coffee can sometimes relieve migraine attacks. However, it is important to bear in mind that too much caffeine is again caused by headaches. Also, some people may trigger coffee instead of triggering migraine attacks. Therefore, it is not possible to share general recommendations and to be guided by self-esteem.

Caffeine can also benefit athletes, since caffeine contributes to endurance, reduces fatigue, and helps to recover faster after training with carbohydrates. Studies have shown that a caffeine-rich carbohydrate recovery drink helps to restore glycogen reserves in the body more quickly. This, in turn, means more energy.

Competitors at long distance races are consuming caffeine during the race as it improves endurance. Decaffeinated by decomposition causes the liver substance called paraxanine, which improves the body’s ability to obtain energy from fats. This means that when all the carbohydrates are used, the body begins to use the fat as a source of energy, and so the energy will continue for long periods of time. Athletes use capsules containing caffeine more often to obtain the desired amount of caffeine or dissolved in a drink.

A small amount of caffeine after meals contributes to digestion, and therefore many also believe in caffeine in slimming effects. Cortisol, a stress hormone, can increase appetite, and high levels of cortisol in the body, on the other hand, slow down metabolism.

According to Triin Muiste, member of the board of the Estonian Nutrition Advisers Association, moderate consumption of coffee may also reduce the risk of another type of diabetes and slow down the development of some forms of cancer. Several studies suggest that coffee drinkers are less likely to develop another type of diabetes.

In addition to antioxidants, coffee also contains important minerals, magnesium and chromium, both of which help regulate the level of insulin in the body, which in turn controls blood sugar levels. People with other types of diabetes have a problem with the secretion and function of insulin.

Consume consciously
Although caffeine has many beneficial properties, it should be borne in mind that consuming more than the recommended amount may lead to headaches, irritability, nervousness, sleep problems and confusion. Extremely high amounts of caffeine can even lead to hallucinations.

If you drink large amounts of coffee daily for a long period of time, your sleep problems may get worse, depressive, troublesome, and stomach problems. High levels of caffeine intake may worsen the situation for those suffering from heart problems and panic disorders.

While many believe that caffeine and drinking coffee will help the mask, it does not really match. In large quantities, the coffee takes the liquid out of the body, which in turn deepens the bottom. Nutrition Advisor Triin Muiste emphasizes here that moderate amounts may not significantly increase fluid excretion via the kidneys. “Rarely drinking and in large quantities affects only those who are not used to drinking coffee on a daily basis,” Muiste explains.

Caffeine-related risks
Caffeine can cause heartburn and stomach problems because it has a laxative effect. Therefore, your doctor should be advised if caffeine intake is recommended in case of abdominal problems. Caffeine promotes heartburn because it is acidic and irritates the digestive tract. Also, replacing coffee with a caffeine-free alternative is not worthwhile, as some studies show that it can irritate your stomach even more than normal coffee.

However, if you consume caffeine-free coffee, it is important to make sure that caffeine is removed naturally. Otherwise, it may contain a lot of chemicals. Caffeine-free coffee may have slightly less useful antioxidants than caffeine-containing coffee, as part of it is lost during the caffeine removal process.

Caffeine can inhibit the absorption of calcium, magnesium, zinc and iron. Prolonged intake of large amounts of caffeine can contribute to bone loss. It is important to know here that bone loss and osteoporosis can be at high risk and moderate caffeine intake is not harmful to bone health.

Although there is a widespread belief that caffeine carries the blood pressure ceiling, it actually increases blood pressure for only a short time, and most people should not have long-term effects on blood pressure. However, those who already have high blood pressure should consult their physician if and in what quantities coffee and caffeine are recommended.

Sufferers of anxiety disorders are more sensitive to caffeine and should therefore be restricted to drinking coffee. Although there is a lot of information that pregnant women should completely avoid caffeine, it is not a problem in small amounts. The recommended amount of doctors is not more than 200 mg of coffee a day, up to two cups of lesser coffee a day. Drinking very large amounts of regular coffee during pregnancy can lead to interruption of pregnancy or premature birth.

Caffeine and coffee drinking may seem addictive, but in fact, caffeine is not considered to be addictive. However, the neurobiologically addictive property of caffeine has been proven, which means that there is a possibility of addiction depending on the individuality of the individual for both psychological and physical dependence.

Nutrition Advisor Triin Muiste says that caffeine can remain addicted when often consumed in large quantities. “This is due to the neurotransmitter dopamine, which activates the brain’s wellness centers, and the amount of caffeine consumed in the body increases like heroin and cocaine, but its effect is much weaker,” Muiste explains. He also emphasizes that caffeine addiction may not occur in all people, but may be related to genetic assumptions.

Regular consumption and abrupt withdrawal of caffeine can lead to unpleasant withdrawal symptoms: feeling tired, headaches, feeling irritable, painful muscles, nausea. If coffee has become too much, symptoms of poisoning may appear, symptoms of which include restlessness, tremors, anxiety, insomnia, indigestion, redness of the face, increased urine output, and tachycardia, or palpitations. Nutritionist Triin Muiste recommends that you stop drinking coffee immediately, drink plenty of water, and be sure to contact your doctor for serious health problems.

For healthy caffeine consumption, dietary adviser Triin Muiste recommends limiting healthy people to two to three cups of coffee a day and the first half of the day. “I also recommend eating coffee before drinking, as coffee reduces the appetite by reducing the amount of glucose in your body, but at the same time, prolonged use of stimulants violates blood glucose control, and adds to it,” Muiste explains. Coffee after meals promotes digestion, but here the Moon tells the heart that if there is no coffee, it is not advisable to start with it.

Healthy Caffeine Suggestions:
.Do not consume more caffeine than 400 milligrams a day (no more than two or three medium-strength coffee).
.Take caffeine after a meal, not on an empty stomach.
.Consume caffeine in the first half of the day.
.Prefer green tea instead of coffee (contains less than half caffeine: 24-40 mg, gives energy and contains heart-beneficial plant pigments flavonoids and accelerates metabolism).
.As an alternative to coffee, caffeine can also be obtained from, for example, dark chocolate, guarana berries.
.Prefer organic version (no organic origin in coffees).
.Large coffee fans could buy organic coffee beans and grind them at home.
.Drinking enough water when using caffeine.

5Foods That Are Actually Damaging Your Kidneys