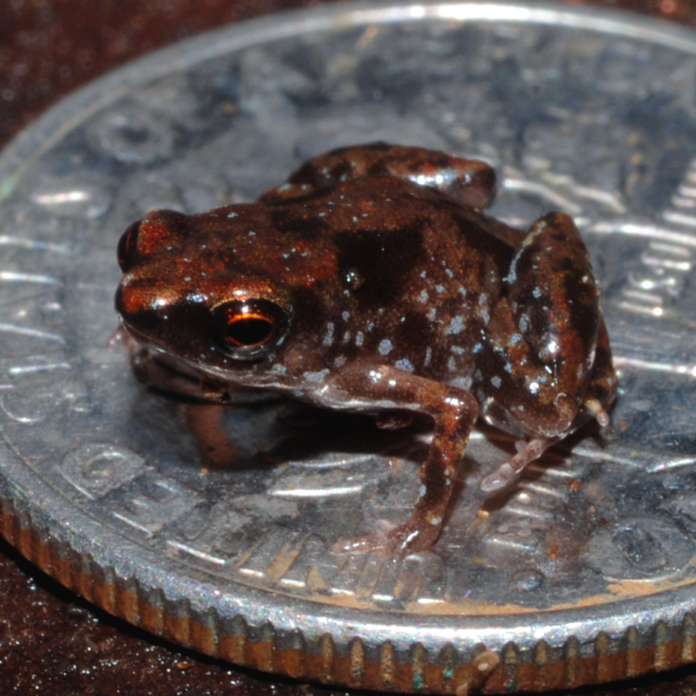 The biggest animal in the world is easy to see, if you know where to look. Living in every ocean except the Arctic, the blue whale is the largest animal on Earth — weighing as much as 200 tons with a heartbeat that can be heard up to two miles away.

But the smallest animal in the world? Even if you knew where to look, could you see it? To track down the tiniest creature, scientists had to first decide what they were looking for and then, where they might find it. The first question – “What is an animal?” – is something that scientists have debated for centuries.

I am an exotic animal veterinarian especially fascinated by these types of questions.

What is an animal?
In the language of science, an animal is an organism made of multiple cells. Cells are the building blocks of all living things – a human body, for example, is made up of trillions of cells. Some organisms, like bacteria, are made of just one cell. They are not considered animals.

The simplest single-celled creatures – including bacteria – are called prokaryotes. They don’t contain a nucleus, the feature that acts like the main control center for a cell. More complex cells have an enclosed nucleus. They are called eukaryotes. Anything from an earthworm to a zebra or you are all eukaryotes and all are considered animals.

If it can’t be seen, does that count?
Based on this definition, an animal can be something so small that it’s not possible to see without a microscope. This is definitely not something that you would probably call an “animal.” A recent discovery is an organism that is invisible to the eye, a parasitic jellyfish called Myxozoa. They are very small and reaching barely 20 micrometers. Stretched out end to end, it would take more than 1,000 of these creatures to equal 1 inch.

Probably the smallest of these parasitic jellyfish is Myxobolus shekel, which is no more than 8.5 micrometers when fully grown.

This species was described in 2011, so is pretty new. So is the decision that Myxozoa are related to jellyfish, which scientists agreed on in 2015. The discovery of these types of jellyfish occur once in a while, so it is possible that a new and even smaller animal will be discovered in the future.

The process of elimination
Let’s assume that you’re looking for the smallest “animal” that is visible to the human eye. Some invertebrates, or animals without a backbone, and other smaller organisms are not visible to the human eye. What is left are vertebrates, animals with backbones that include mammals such as a dog, a whale or you, reptiles such as snakes or crocodiles, birds, fishes and amphibians. Most amphibians, like frogs, are born in water and breathe with gills until they mature, when they develop lungs and an ability to live on land.

In this group of animals, it is the amphibians that win the prize for the smallest animal known, for the moment.

Scientists traveled to New Guinea, the second largest island in the world, to study the the island’s wildlife. This is where they found the smallest known type of frog called Paedophryne amauensis. The body length of an average adult is reported at less than 8 mm, about the size of a pea. When it was discovered in 2009, it was immediately awarded the title of “world’s smallest vertebrate.”

The smallest animal is a question that scientists have debated for many years. Don’t worry. The nature of science means the answers will keep changing as researchers make new discoveries. Maybe a smaller vertebrate will be discovered in a quiet forest, on an exotic island, at the bottom of a canyon or in the dark abyss of the ocean. Scientists will keep looking.

This is what an egg yolk can tell you about the health of the...

how to Cheesecake without biscuits, sugar and gluten