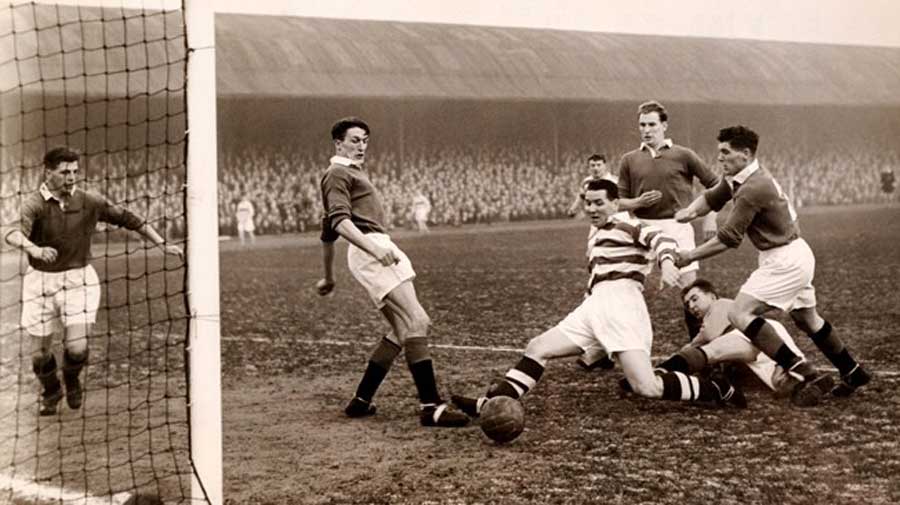 Ancient Japan with kemari and ancient China with tsu-chu boast the most remote precedents of football (local traditions speak of a thousand years before Christ, but other sources place the tsu-chu much further back , around 2600 BC). Common to the two sports was the use of feet, the presence of a rudimentary “door” (defined by two trees or bamboo poles ) and the use of a ball. The term chu indicates a leather ball made with the bladder of an inflated animal, or filled with female hair. In the sixteenth century, the tsu-chuit was part of the army’s military training programs and was therefore aimed, like many other exercises, at the physical efficiency of the soldiers.
History of footballThe game of soccer, as we know it, is however officially born in England with the birth of the Football Association, on 26 October 1863. It is precisely on this date that modern football is born. From here the football assumes its own distinct physiognomy, distinguishing itself from rugby (even if the separation between the two sports was not immediately so radical) , especially as regards the use of hands.
On 26 October 1863, the centuries-old elaboration of the game is set in an official act: eleven leaders of London clubs and schools, gathered in the Free Masons Tavern on Great Queen Street, found the Football Association.
Since its inception, football has been a great success, both for the simplicity of the rules, and for the dynamism inherent in the game itself.

Another important step towards professionalism was made in 1897, when the first association of British players was established in London, which would later become the powerful PFA ( Professional footballer’s association ).

With the birth of the English federation, a series of rules were established with the aim of bringing order and loyalty among the players. To prevent some players from being stationed away from the ball, the “offside” rule was introduced that will be decisive for the evolution of the game: all those who were in front of the ball line in the entire field were in an irregular position. In 1886 this rule was further modified: the player was in a regular position, when he had at least three players between him and the opponent’s goal across the field. This change was implemented because it notified the birth of football tactics, the first attempt to organize a team game to exploit the movement of the attackers. Indeed, the introduction of this rule led to the emergence of various “game” systems, characterized by the provision of players on the field and the tasks assigned to them. The first deployments (1866), with the introduction of the goalkeeper, were 1 – 10 or 1-1-9; later, in 1980, Nottingham Forest launched the famous pyramidal system: 1 – 2 – 3 – 5.
In 1871 the goalkeeper was allowed to take the ball with his hands for the first time. But as early as 1862, the date of separation of football from rugby, no player could touch the ball with his hands, except to resume play from the lineout.
In 1875 the dimensions of the gates were defined: 7.32 meters wide and 2.44 meters high and subsequently the weight and dimensions of the ball were also defined: it had to be made of leather (or other approved material), with a circumference maximum of 70 cm and minimum of 68; the maximum weight was 450 grams (the minimum of 410). The pressure inside the balloon had to be between 0.6 and 1.1 atmospheres. In the same period the dimensions of the field were established: the minimum length was set at 90 meters, the maximum length was 120; the minimum width was 45 meters, the maximum of 90. However, many rules were implemented in this period in England, although a different game of football took place across Europe depending on the country of origin.
In 1904, thanks to the representatives of seven different national associations (France, Belgium, Holland, Switzerland, Denmark, Sweden and Spain), the FIFA “International Federation of Football Association” was born in Paris, that is the most important football league in the world. With the establishment of this federation it was intended to make football unique, through the same regulation. FIFA itself becomes the only body capable of modifying the rules of the game, giving considerable credibility and impetus to the growth of football.
From the date of FIFA’s birth, it was possible to organize matches between teams and representatives of different nations. Only friendly matches were played first, then competitions of great interest, with audiences and sponsors to follow, reaching the current World Championships, which are played every four years.
FIFA currently has a different appendix on every continent that regulates the continental championships for Nations and for clubs. For Europe, the organization based in Nyon in Switzerland is the UEFA
In Italy football is managed by the FIGC (Italian federation of football game), whose headquarters is in Rome.
In 1907, to avoid the obstructionist action caused by the systematic advancement of the defenders, a further change is made to the offside rule. This change, with the introduction of the passage in depth and the beginning of the triangulations between the various departments, leads to a greater breath of the offensive game.
In 1925, on the proposal of the Scottish Federation, the International Board, the number of useful players is taken from 3 to 2 to trigger the offside rule. The advantage in offensive phase leads to the birth of new gaming systems, among which, the most famous is the W M. Other famous systems were the 1 – 3 – 2 – 3 – 2 of the great Hungary of Puskas and the 1 – 4 – 2 – 4 of the South American national teams, especially that of the Brazil of the Santos brothers, Garrincha and Pelé, who won the World Championships in 1958 and also dominated the following years.
The prevalence of defenses and the offside rule led to the technical-tactical improvement of the attack and defense.
The WM system has been thrown into crisis by the introduction of the two fixed attackers: to reinforce the defense, the defensive structure of the VM has been modified through a game system that entrusted the “free” with the task of covering its defense partners in difficulty.
In 1963 Helenio Herrera lined up the free with the number 6 jersey, while the other defenders marked a man, with only the back who could push in attack to conclude a goal.
In the 70s there was the advent of the so-called “total football” of the Dutch national team: there were no longer any limits to the movement of the players and through the interchange of roles each player could fit into the empty spaces. Spectacular was the application of the offside tactics adopted by the oranges during the tournament. This tactic ended up nipping in the bud much of the offensive actions of the opposing team: quicklyand remarkable synchronism, the Dutch defenders suddenly sprung, converging towards the opponent in possession of the ball; the unfortunate on duty was then trying to get rid of the sphere, serving it forward towards his companions, who however came to be macroscopically in an irregular position. When this tactic didn’t work to perfection, Jongbloed’s speed and time choice came to light, a goalkeeper who was certainly not irresistible between goal posts, but always ready to leave his penalty area and become a perfect free kick. dangerous situations for his door.
The innovation of total football has led to the emergence of “zone” defense, but this is the story of our days.

Healthy Tomato juice – learn about all its advantages

HISTORY OF CYCLING AND ITS EVOLUTION